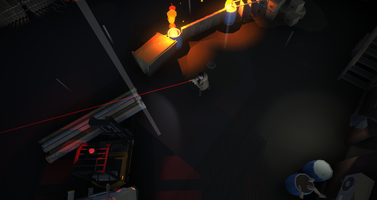 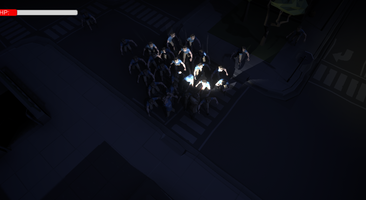 So, Sakiskid and I have launched this game, our first submitted game jam game. We've had some failures in finishing in the past, but this time we were able to make a game that works, to an extent. There is a lot wrong with it. The aiming could be improved infinitely, I'd like to get level 2 re-implemented at some point in the future, as well as just general quality of life changes (ammo counter, zombie kill counter, animations playing correctly, etc.)

The game is a Zombie Defense Twin-Stick Shooter, based on the idea of "What if someone like Walter White(Breaking Bad), was thrown into the zombie apocalypse. Basically just Drug Lord v Zombie Horde. The basic gameplay loop is there, just kill zombies, and route them to keep them off of you while reloading. We had planned for a defense building mechanic, but we ran out of time before it could be implemented. We also wanted to include some machine guns, and other weapon types, but we did not have time for that either.

There were also the ideas for waves and bosses, something that I would love to implement if I were ever to get around to it. Unfortunately it was something we were not able to put in within the time limit.

Ideally, the full game would have 3 guns, a melee weapon, waves, bosses, and some rudimentary defense building mechanic.

We have no idea if this game will continue to be worked on. We will probably just leave it be for a while, and do a few more game jams in order to figure out what kind of game we REALLY want to make.

Thanks for reading, and maybe you'll see another dev log in the future.